Recently I had the pleasure of being amongst snowstorms in the Arctic Circle to photograph the Northern Lights.

Tromso, in Norway was an amazing town to base myself from and travel for hours into the night in search of the amazing Aurora Borealis. It is as far north in Norway as you can fly into, hence the decision. I had planned this trip for months in advance trying to get the best time of year, moon phase etc. but no-one can plan for no the weather conditions of snow and cloud months in advance. Luckily the snow came and went in patches so I managed to capture some of the Northern Lights when clouds parted.

Before departing for Tromso, Norway I had a few evenings in London taking photographs along the Thames and at the bright lights of Piccadilly Circus at night testing out long exposures and interval timing. As prepared as I tried to be, it sometimes takes someone experienced to really share their knowledge to capture the Northern Lights effectively. So, one evening in Norway I attended a Northern Lights Photography Tour where they gave tips on how to photograph the Northern Lights. While that night the cloud was thick and I only ‘just’ captured the northern lights, the knowledge I gained from that evening helped me the following night when the clouds and snow from the sky cleared and the Aurora Borealis put on an amazing show. 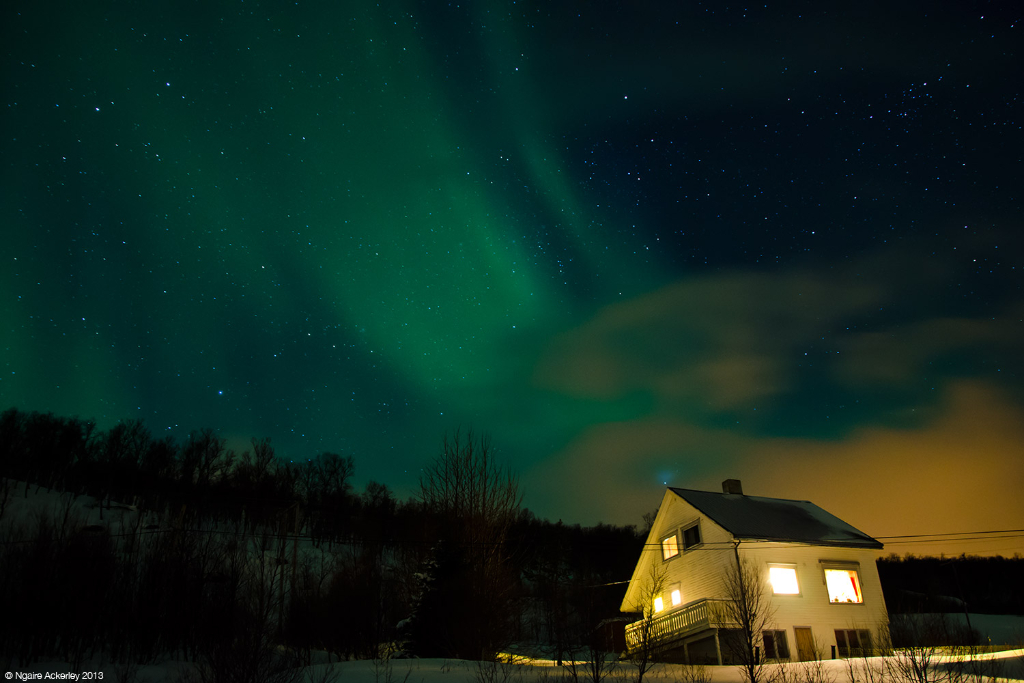 So, here are my top tips for photographing the Aurora Borealis (Northern Lights):

ISO, Aperture and Shutter Speed will differ between different camera and lens combinations, but this is what I’d recommend for a Nikon D7000 with 18-105mm 1:3-5.6G ED VR Lens. 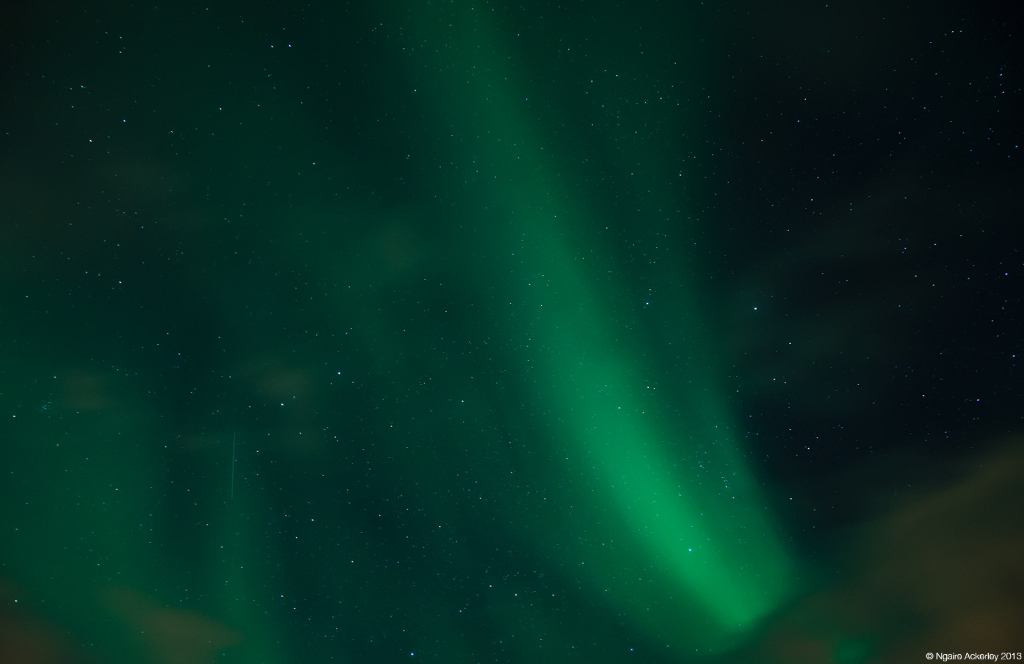 Check out the full gallery of photographs from Norway here »